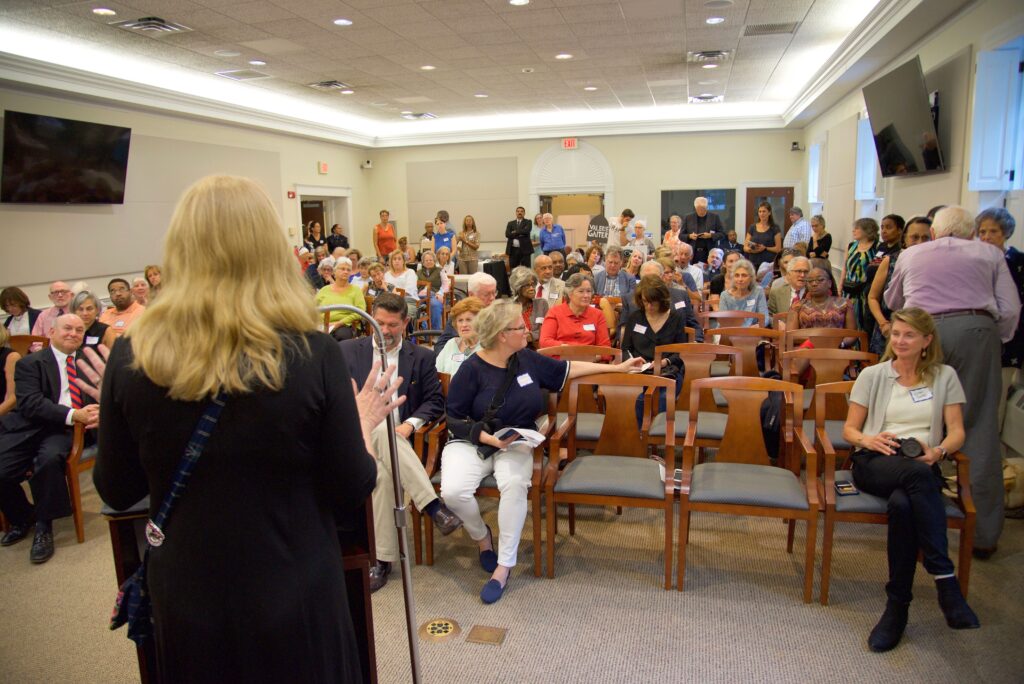 It takes a village to raise a child, and it takes a community to Adopt-A-Prison.

Heeding God’s greatest commandment to “love your neighbor,” the prison chaplain travels to colleges, hospitals, and corporate settings, as well as to war fronts, and into the fearful setting of the multitude of prisons, which dot the landscape of every country in the world. While the prison chaplain may often be forgotten by the outside world, this individual is close to God’s heart for serving those people cast out by society’s rules and feared by their fellow human beings.

Francis of Assisi came close to understanding the plight of the prison chaplain when he famously said, “Preach the gospel always, if necessary, use words.” While the prison chaplain’s job description calls on them to serve the spiritual needs of their flocks, the gospel reality for most is the daily struggle to keep up with the practical, physical and mental needs of incarcerated individuals living in outdated structures where human dignity has been forgotten and human rights ignored. To address some of these issues, an innovative concept daringly named, Adopt-A-Prison, (AAP) was introduced late 2019 into two female prisons in the State of New York, USA, holding a combined population of close to one thousand women.

The AAP concept, inspired by the American Adopt-A-Highway program, was the simple idea of a cooperative triangle between prison administration, the local township, and its faith and civic communities. The goal was to raise the public awareness of prison issues, while extending much needed practical support and care to the incarcerated, often shortchanged by tight prison budgets.

When the idea was introduced to the Bedford Town Board Supervisor, Chris Burdick, a Community Town Hall meeting was called. It brought together over one hundred concerned local citizens, volunteer organization representatives and elected officials, as well as the superintendents and administrative leaders from its two prisons, Taconic and Bedford Hills Correctional Facilities. The promising outcome of this gathering was the establishment of a first-in-the-country, Prison Relations Advisory Committee (PRAC) to the Bedford Town Board.

No sooner had the eighteen member PRAC committee been established before the COVID pandemic hit. The committee moved quickly into overdrive to provide additional protective measures. By organizing local faith and civic organizations, a stream of donated facemasks, hand sanitizers, wipes, and lotion soon began to flow into the prisons. Special attention was made to the need for regular soap to replace the inferior lye-based soap issued by the facilities, which is hard on the skin. Within a six-month period over 20 thousand bars of regular soap has been donated to the facilities.

This community outreach to the prison population has not only led to a dramatic reduction of COVID infection in the prison, but also established close ties between the communities surrounding the prison population. This is best expressed by Deacon Clifford Calanni, prison chaplain at Taconic and Bedford Hills Correctional Facilities: “The AAP program at Taconic and Bedford Hills Correctional Facilities provides the local community with the realization that they can make a difference in the lives of the incarcerated and at the same time give the incarcerated hope in knowing that the outside community cares for them in a very special way. That’s a win win.”

The Adopt-A-Prison project has proved to be a meaningful, gospel-based pilot program which is available to be duplicated in other prisons. No one in the prison administration is better suited to understand and verbalize the prisoner’s need than the prison chaplains, and they can become a valuable communication link between the inmates, the superintendent and the outside faith and civic leaders.

A more detailed description of this program can be found in the two attached articles, published in Correction Today, the bi-monthly publication for the American Correctional Association (ACA).

The AAP concept is a program of the Interfaith Prison Partnership, (IPP), which has been invited to lead a workshop on the Adopt-A-Prison Concept at the upcoming ACA bi-annual national conference, February 3-6, 2021.

Hans Hallundbaek, M-Div., D-Min. has worked in NY State prisons since 1995 as a teacher in college level educational programs and as a service chaplain. As an adjunct professor, he has taught on prison issues at John Jay College of Criminal Justice for ten years. He is the UN, New York representative for IPCA.