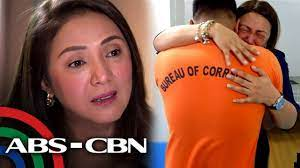 A RADICAL LOVE (A Journey Towards Healing and Forgiveness)

“Give us this day our daily bread, and forgive us our trespasses as we forgive those who trespass against us..” (the Lord’s Prayer)

These are the words found in the very prayer that our Lord Jesus Christ taught us as the proper way to pray. Oftentimes we tend to recite it mechanically without being conscious of what it really means. But such are the challenges of being a follower of Christ.

I have been with the prison ministry since 1992 when as a young man fresh from college, I was invited by a beloved nun whom I consider one of my greatest life influences to work in Caritas Manila, the social welfare and development arm of the Roman Catholic Archdiocese of Manila, through its Prison Justice and Development Program. I said yes thinking it would just be a short stint in preparation for a much better paying job elsewhere. Little did I know that God was really calling me to this ministry, and to journey with the last, the least, and the lost in prison.

In my many years in this apostolate, I have met several people who were also called to serve these prisoners, considered as unlovable because of the detestable things they have committed. One of these people is Cherry Pie Picache, an award-winning Filipina actor and showbusiness personality, who despite her fame was a very kind and down to earth person. She would often spend important occasions in her life visiting a prison institution; breaking bread with the prisoners and having fellowship with them; she also gave them food and helped meet some essential needs of the prisoners. I recall one of her first visits to CRADLE, a juvenile detention center in Taguig, Metro Manila; she really had a grand time mingling and interacting with the children in conflict with the law (CICLs). These were followed by her regular outreaches to the Molave Youth Home, the New Bilibid Prisons Maximum and Medium Security compounds, and the Correctional Institution for Women. She was also a key figure in our advocacy campaigns against the death penalty for the rights and welfare of persons deprived of liberties (PDLs), especially women and youth in detention.

However in September of 2014, a tragic incident in her life turned her world around. Her 75 year old mother who lived alone in her house in Quezon City was brutally murdered by her manicurist/pedicurist by the name of Michael Flores, who admitted committing the horrendous act under the influence of illegal drugs. He admitted stabbing Cherry Pie’s mother fatally multiple times. A case for murder was filed against him and after about a year of court trial, Michael was convicted and sentenced to reclusion perpetua (life imprisonment) and is now serving his sentence in the Maximum Security Compound of the New Bilibid Prison, the Philippines’ national penitentiary.

Such an incident really tested Pie’s convictions. She admitted having questioned God and her faith was greatly challenged. A devout Catholic and a long time volunteer in prison service, she admitted confronting the Lord by asking, “is this what I deserve after serving you? Are you real? Why did my Mom’s life have to end this way?” It also challenged her long-standing opposition to the death penalty and belief in the concept of Restorative Justice, as well as her conviction that a person is basically good and has inherent dignity, and so is worthy of a second chance in life. So many questions were left unanswered, and this drove her to depression. Deep inside, there was the human yearning for vengeance; a desire to see the perpetrator Michael Flores suffer the same fate as the one he had inflicted on her mother. She deliberately shied away from her involvement in prison ministry; this lasted for several months and years after the brutal incident.

However, during one of the Holy Masses she attended, her attention was drawn to the Lord’s Prayer, particularly the part which says, “Forgive us our Trespasses (Sins), as we forgive those who trespass (sin) against us.” She thought hard about it and heard the Lord speaking to her heart. Painful as it was, she realized that it was only by forgiving those who hurt her that she could ever attain the peace she was looking for. After consulting with her spiritual advisers and friends in the prison ministry, she decided that she needed to have a personal encounter with Michael Flores, her mother’s killer, and tell him personally that she was forgiving him for killing her mother. This decision of hers was met with harsh opposition from her siblings and other family members. They thought she was going crazy. But despite the opposition, she was determined to push through to meet with Michael.

The encounter finally happened one fateful day in March 2019. On the way to the prison, Cherry Pie recalled having some doubts as to how she would behave when she came face to face with her mother’s murderer. But she lifted everything up in prayer and asked the Holy Spirit to intervene. She also brought along her teenage son Nio, who was also very much affected by what had happened to his grandmother.

During their meeting, the two had a heart-to-heart talk, after which all Cherry Pie could do was embrace Michael and give him her unconditional forgiveness. For his part, Michael at first found it hard to believe Cherry Pie’s actions. He doubted whether Cherry Pie was in her right mind in visiting him, forgiving him and even bringing him food. He also said he was willing to suffer the consequences of what he did and was prepared to live the rest of his life inside prison. He sincerely asked for forgiveness of Cherry Pie and her family for what he had done with no strings attached.

Such was the culmination of Cherry Pie’s journey of forgiveness and healing. She admits she still becomes emotional whenever she recalls the tragedy, but she is more at peace now. She has also resumed her Prison Ministry involvement with the CBCP-Episcopal Commission on Prison Pastoral Care (ECPPC) and is now active again in her advocacy against the death penalty and for the promotion of Restorative Justice.

Her story of forgiveness is the subject of a documentary entitled : “A RADICAL LOVE”** which was produced by ABS-CBN Broadcasting Corporation, one of the biggest television networks in the Philippines. The documentary took some two years to produce and encountered many challenges. During filming, Cherry Pie saw the photos of what had really happened to her mother for the first time; this brought back painful emotions and memories.

As for the offender Michael Flores, he remains in the national penitentiary serving his life sentence, but now with renewed hope. Having been forgiven by his victim’s daughter for the crime he committed, he is now hopeful that he will be given a new chance in life and that when the time comes he will eventually be released, able to live his life to the full as a new and productive indivudual.

Restorative Justice is the process whereby all stakeholders in a crime, the victim, the offender, and the community come together to discuss the crime committed and its effects and repercussions in the lives of all stakeholders. Through it, all the needs of each sector are carefully weighed and addressed. It may not be easy to apply considering that the prevailing mindset of almost all criminal justice jurisdictions in the world remains retributive and punishment-oriented. Still, if given a chance, I believe it is a better wayof addressing criminality and its effects.

However, a lot of learning, unlearning, and re-learning is required to understand it and make it work. But any journey of a thousand miles begins with one step. Cherry Pie took that bold step. With God’s help and an open mind on the part of the key players, its realization is not an impossible dream. And it is all made possible only because of God’s Radical Love.

*Currently one of two representatives of Asia to the IPCA Worldwide Steering Committee. He is the National Coordinator of the Volunteers in Prison Service (VIPS) of the Catholic Bishops Conference of the Philippines – Episcopal Commission on Prison Pastoral Care.

**Can be viewed over ABS-CBN IWant: https://tfc.tv/show/details/5605/radical-love